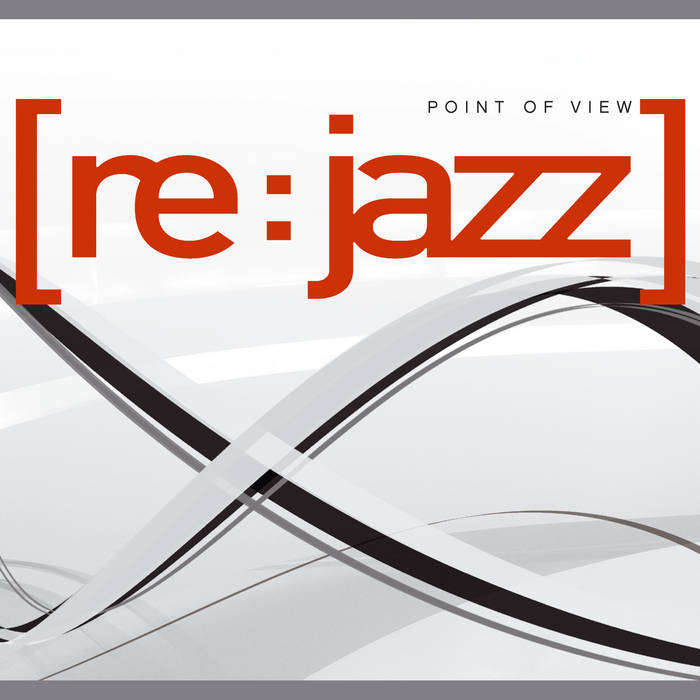 “Point of View” is literally a point of view. The concept of turning electronic club sounds into acoustic jazz songs has been improved with the second album. Thirteen favourites - modern standards you may call them - by Goldie, Soul II Soul, Air, and Jazzanova enter a new dimension.

“We present this music from our very own [re:jazz] point of view.” is how Matthias Vogt, arranger, keyboarder, bandleader, and mastermind of [re:jazz] explains the title to us. “The very first moment you start playing the piano, you get rid of all the electronic devices from the original version. What remains is the song.”

The original concept of creating the 100th release of INFRACom! by rearranging tracks from the label as jazz versions has continued to flourish. The success of [re:jazz] in 2002 was strengthened a year later by [re:jazz] (re:mix) which brought the jazz arrangements back to the clubs with mixes by Bugge Wesseltoft, Nicola Conte, Dublex Inc., and many more. All this has resulted in international success and recognition and live performances.

Now Matthias Vogt, his trio, and “his [re:jazz]- voice” Inga Lühning, get back into the studio with special guests including: Nils Petter Molvaer, Jhelisa Anderson, Lisa Bassenge, Ultra Naté, Nils Wogram, and others to welcome electronic club hits into the world of jazz.

This time, there is only one INFRACom! title featured: “Written In The Stars” by Motorcitysoul - one of three projects by Matthias Vogt.

Vogt says: “This album includes the songs that brought Jan, Namé, and me into this kind of music. We wondered: what were we playing in the late 80s? This way, the track listing was quickly created.”

The fact that the album deals with personal favourites does not make the work easier.

“I started working on the first album rather disrespectfully,” admits Matthias. “This time, I had to work myself into the right state of mind. Every time I played the piano, my courage grew and the songs became ever better.”

The reason for the result, and the ‘point of view’, is because the band is relaxed and knows exactly what it is doing. The performers do not restrict themselves with styles, modern song structures, and traditional jazz. They just play music.

What unites the different personalities including - a Norwegian star trumpeter, the New York dance diva, and the jazz singer from Berlin - is the joy and delight in doing this.

A fantastic point of view, as you can hear in each of the tracks.

It may be that the songs remind the listener of his or her favourites and prompt the reaction: “How come they did not do it this way - right away?”

Seconds later, the rhythm section starts with Matthias Vogt on piano, Andreas Mann on bass, Volker Schmidt on drums, and Heiko Himmighoffen on percussion. The listened is transported to the rejazz-mood. Matthias Vogt does not jump on the bandwagon and offers much more than just a cover version.

He approaches the original tracks with taste and a fresh attitude with due deference to the originals. It is interesting to know that pianist and arranger Matthias Vogt is an educated church musician and a passionate DJ as well.

“I started going to clubs around 1988. I was 18 then,” Matthias remembers enthusiastically. “Very soon, I started spinning records myself. One of the first tracks that really hit me was Keep on Movin. That Track was so big you could hear it in every club.”

The [re:jazz] version adds a new universality to this track. Something else is also striking from the beginning. It doesn’t matter whether you know the original or not - the point of view is the only thing that counts. A good song stays a good song whether you are hearing it for the first or the 100th time.

“Push Push” is the proof. Originally by the dub-electronic duo Rockers Hifi, it has become a soul-jazz groover with Oliver Leicht playing saxophone and the vocals of the charming Onejiru from Sisters Keepers. It is also evident on “Donaueschingen” - one of the old school hits of the NuJazz stars Trüby Trio. Now interpreted in a summer samba style by Oliver Leicht on flute and Thomas Siffling on trumpet.

Air’s hit “All I need” is re-harmonized, in a laid-back way, and sung beautifully by the German Jazz shooting star Lisa Bassenge.

“Quiet Nights was the biggest hit on the first rejazz-album,” tells Matthias. “It was an absolute must to have Lisa Bassenge on the second re:jazz album.

“When I first heard her, with her electronic band Micatone, I thought that she would be an excellent jazz singer. I didn’t know then that she was really more of a jazz singer who is familiar with electronic music, than vice versa.”

An outstanding piece is the beautiful version of “Twisted”. Sung by the original singer Ultra Naté, the Matthias Vogt Trio is caressed by the sounds of a marvellous string section.

“I’m a sceptic,” laughs Matthias. “Before the release of the first CD, I still took it for a crazy idea. I knew that Namé and Jan would show up at one of my concerts. Just to please them, I played a jazz version of “Release Your Mind”, (an Infracom hit: the author). I didn’t know that they were looking for a concept for their 100th release.

“They approached me after the concert and suggested that I produce a complete album with jazz versions of the original electronic INFRACom! tracks. I never thought that they could convince all the guest stars and that it would work.

“So I was really happy about the release. It was unbelievable to have Ultra Naté singing our all time favourite ‘Twisted’.“ Also a real sensation is the guest who sings the laid back verson of “That Night”, a classical collaboration between Jazzanova and Vikter Duplaix. – Viktoria Tolstoy.

The very soulful, and most adorable, Tokunbo Akinro of TokTokTok is singing the London Underground classic “Writing on the Wall“, written by Pressure Drop. Dublex Inc contributed one of the best remixes to rejazz remix.

[re:jazz] has an international visitor for the subliminal and moving version of Goldie’s “Inner City life”. Jhelisa Anderson, from the same soul family as Vicki and her daughter Carleen, once the gifted lead singer of the Young Disciples.

Nils Petter Molvaer from Norway, one of most innovative sound sculptors, plays his unbelievable trumpet on “His Name Is...”

“The Bugge Wesseltoft Remix inspired me to this arrangement. I was completely fascinated by its wideness and its enormous space.” explains Norway-aficionado Matthias Vogt.

“This song works immediately with it’s floating spaciousness whether or not you know the original from the Tokyo based trio United Future Organisation.

Alone, Matthias Vogt transposed his own title “Written In The Stars“ from the “Motorcitysoul” band into the [re:jazz]-context. The beauty of the sound swings and moves your body.

The versatile Inga Lühing sings both the original and the [re:jazz] interpretation. Her soprano voice is heard with her own band, as well as on the Fanastische 4 Tour. Last, but not least, the Matthias Vogt trio and Peer Neumann on organ have fun interpreting “Deep Shit” - written by Kruder and Dorfmeister.

Eighteen musicians participated on the first album, even more on the second album.