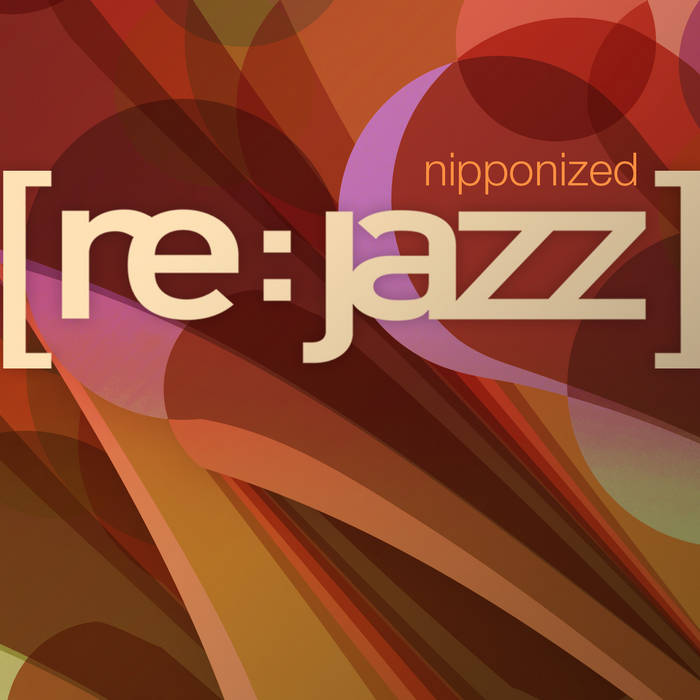 With "Nipponized" [re:jazz] present what is already their fourth studio album on INFRACom! Together with the live CD / DVD album "Live at Motion Blue yokohama" which came out in spring this year, "Nipponized" forms a thematic duet on the land of the rising sun in the best [re:jazz] tradition. Besides original compositions the album also contains version of songs by Japanese artists such as Ryuichi Sakamoto, Kyoto Jazz Massive, DJ Krush, Pizzicato 5, Jazztronik, Towa Tei, Logic System and Mondo Grosso.

It was a great honour and pleasure for [re:jazz] that they were able to win over well know Japanese jazz singer akiko for the recording of "Twiggy Twiggy". akiko is the first Japanese female singer to release on VERVE (Universal Japan) and has put out more than 6 studio albums there since 2001. Yasuharu Konishi the founding member of Pizzicato Five, who currently works closely with akiko was also in the studio to supervise akiko's vocal arrangement.

Following tour-dates in autumn to support the release of the album [re:jazz] are once again looking forward doing a tour of Japan in February. Beside the tunes on their new album [re:jazz] has reworked the tune "Star Cachsers" after a peronal inquiry from 4Hero. This one to be added on a remix album 4Hero scheduled for release this autumn too.

As well as the new [re:jazz] album Matthias Vogt - mastermindand band leader behind [re:jazz] is also releasing another new album in January 2009 (Coming up for Air / INFRACom!), which he has recorded as a trio with [re:jazz] drummer Volker Schmidt and bassist Andreas Manns. At the same time as "Nipponized" , the new Motorcitysoul, Vogt 's electronic orientated project, album "Technique" is coming out in september on the english label "Simple". It is clear with such a diverse output in just one year what a great creative force Vogt and his by now internationally respected projects represent. What is more, with [re:jazz], the most successful of all his many projects, he proves his consistency and can be counted as one of the most interesting German artists around today.

Comments on the tracks on the Nipponized albums by Matthias Vogt (Arranger/Songwriter/Producer):

01 The Brightness Of These Days The original already sounded very "re:jazz compatible". Then when we were jamming it in the rehearsal studio everyone was totally amazed - it felt like we had had the song in our set-list forever!

02 MG4BB I already knew this tune from a sample in a Buscemi track which I often played as a DJ. I also wanted to use the theme as a sample. Jan Hagenkötter had the idea to do a track in an Afro style. And I then put that together with using the sample. So from the methodology, our version of MG4BB is almost a kind of remix.

03 Twiggy Twiggy The hit. Finding the basic idea - that magic spark, was very difficult for me on this one. But with re:jazz a thought-experiment often helps : the track is not an original, rather a cover. How would the jazz original sound? From what time period would it come? Then the idea hit me: Lee Morgan! Sidewinder! Together with Twiggy Twiggy thats exactly what's happening here. Uptight and with a wink of the eye.

04 Rita Another uptempo number. But if you're going to do something; do it right, we said. We wanted to record the re:jazz track with the fastest BPM ever. Making it still sound relaxed despite this - that's the art!

06 You`ll See Another original composition based on lyrics by Inga which have to do with the fact that you are less depressed when you manage to relax. At first I had much too complicated basic ideas on the piano for this song. But I managed to relax the songwriter in me while tuning a friends old guitar. This gave me the the idea of adding guitar to the song. Thanks to my very limited knowledge of guitar, I had to return to the really basic structures, which suddenly fitted perfectly!

07 Luv Connection I love the original by Towa Tei - but the bass on the original just doesn't fit the melody! So it was completely clear what needed to be done, the rest came without trying - we added Blue Eyed Motown - and Luv Connection became the acoustic soul hymn which it, to some extent, already was...

08 Bibo No Aozora When I heard this song on a TV crimi it sounded really familiar and I just couldn't get it out of my head! I did some research (with help from the TV station help-line) and hit upon the soundtrack to Babel. Bibo No Aozora is so wonderfully special! I wanted to explicitly emphasize this theme. Then I quickly had the idea of using the harmonies from Bibo No Aozora in the middle of a kind of Drum&Bass track. To prepare Volker for this special feet of drumming, i played London Electricity to him.

09 Skin Against Skin DJ Krush was on our list of true beacons of Japanese club music. But that just made it all the more difficult to find the right piece by him as he's done so much abstract sample based hip-hop which just wouldn't be suitable for re:jazz! Then I found Skin against Skin on a vinyl maxi, and immediately put it through the special re:jazz-harmony-beautifying filter! It was instantly clear to me that after this filtering it would be an ideal tune for Inga to sing.

10 Unit While preparing for Nipponized I asked a lot of people what springs to mind when they think of Japanese club music. In Frankfurt DJ circles I came across a Dorian Grey classic. This was played in the 80s at the legendary Airport-Disco - even Sven Väth played it back then! Nowadays Unit sounds like it's crawled through an old video games console - like tin can music. We asked ourselves how Coltrane would have played it...

11 Emperor The last track on Nipponized is the third original composition. This is my second tribute to Japan, following "Aura" by Motorcitysoul. Traditional Japanese sounds meet a relaxed re:jazz-flow. This is refined even more by the wonderful trombone by Annemarie Roelofs.