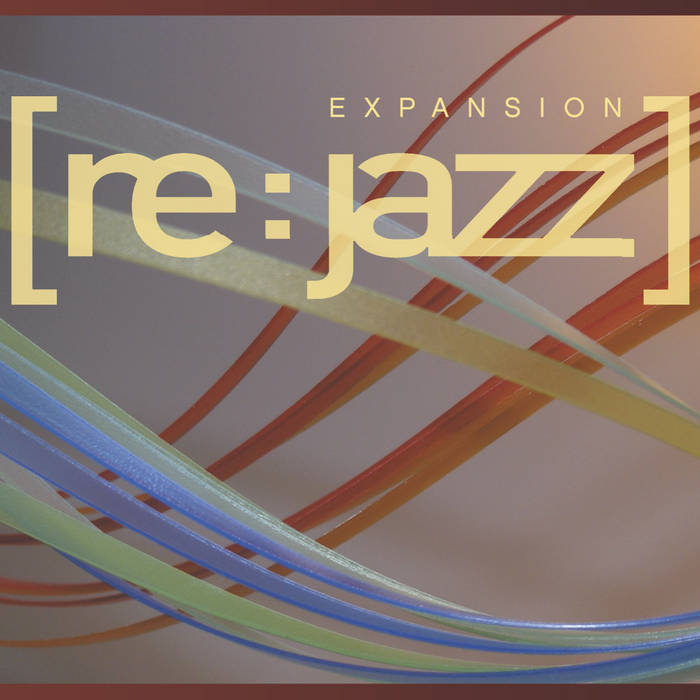 They've done it again! With the twelve songs on 'Expansion', their third album, the septet [re:jazz] achieves the next step in its very successful journey. Presenting for the first time brilliant own compositions besides transitions of favourite club tunes from days gone by.

Being one of the internationally most acclaimed and successful German jazz acts, the musicians around pianist and arranger Matthias Vogt and vocalist Inga Lühning revived club classics transposing them into their typical [re:jazz] sound. This time they teased the up to now well hidden jazz souls out of house hits like Joe Smooth's 'Promised Land' and Jaydee's technoid 'Plastic Dreams' or Ce Ce Peniston's dance anthem 'Finally'. They turned Coldcut's 'People Hold on' into a big band swing and latinized Herbie Hancock's 'Rock it' into flawless slow motion regions. More inventive and authentic than Nouvelle Vague or Paul Anka, just to name two of their epigones. 'Expansion' is also brilliant for its selection of guest artists, the British soul voice Alice Russell, being hugely in demand as a vocalist and having gained an enviable reputation as one of the hottest singers in the world right now hits the spot. Besides her appear Beanfield vocalist Ernesto and 76 year old legendary Ack van Rooyen on flugelhorn. The third [re:jazz] album is a sensible and sensual entity, bringing infinite joy.

“It started with a long process of discussions” admits Matthias Vogt. “We asked ourselves: What could a jazz record on INFRACom! sound like? Does it have more bass? But as soon as we took the songs in hand, everything worked by itself.” [re:jazz] kept their spontaneity in arranging too, their fondness for the late 80 and early 90 club sounds, the offshoots of Chicago house and deep techno, the beginnings of drum and bass and their love for jazz tie the band together always. “Seven people have seven different tastes” the band leader says. “So much the better, that we come to agreements very quickly and the output positively sounds like [re:jazz].” Far from short-term novelty the [re:jazz] musicians create their modern and timeless, enjoyably acoustic jazz versions. “Originally we wanted to slim down everything this time”, fancies Matthias Vogt, who also creates a furore with his trio and as 'Motorcitysoul'. Fewer guests and slender arrangements would have stood on the programme, if not the big band came up ... This idea emerged spontaneously and almost simultaneously, immediately after the seven musicians played Matthias Vogt's arrangement of 'People Hold on' for the first time. Oliver Leicht, playing saxophone, flute and all kinds of clarinet's at the National Radio Big Band Frankfurt, made contact with the Tobias Kremer Big Band, who played at the German 'Film press gala', presented by internationally acclaimed director and comedy star Bully Herbig. The outcome swings so refreshingly.

It was elected to be the first single and gained full praise by Coldcut's Jon More: “I'm happy for you to cover our tune.” Not that it is unrivalled, the soft and phenomenal Inga Lühning sings the dreamy [re:jazz] composition 'Back Home' and interprets 'Promised Land' and 'Finally', or take the stunning version of Roy Davies Jr.'s 'Gabrielle' sung by British neosoul queen Alice Russell. The Swedish soulstar Ernesto adds a smooth flair to Matthias's and Inga's grooving composition 'Too Many Holes'. In any respect the [re:jazz] compositions are a true gain on 'Expansion', the instrumentals mingling elegantly with vocal titles. 'Not about me' written by sax player Oliver Leicht starts its relaxed maiden voyage, Hanno Busch steers 'Stewed' in a stop and go-groove. With 'Return to Damara' Matthias Vogt continues his remix for Abdullah Ibrahim's 'Damara Blue' in a 'Matrix Reloaded' manner. Another highlight is the collectively written [re:jazz] theme. “This is an absolute novum” explains Matthias Vogt. “It is impossible to be creative on command, even less seven people at the same time. Inga had the brilliant idea that each person should do what he knows best. Together with Oliver she wrote the melody, Hanno and I developed the harmonies. Drummer Volker Schmidt, percussionist Heiko Himmighoffen and bass player Andreas Manns added the grounding rhythms.”

With 'Expansion' [re:jazz] broaden their and our horizons. The classical reinterpretations and their already classical sounding own compositions set a new benchmark and new accents skilfully and with feeling and taste. Even though the live tour is on top of the list at the moment, playing at the Popkomm music festival, renowned clubs and festival as well as in Japan, where [re:jazz] is hugely successful, Matthias already thinks of the next album. “I could do [re:jazz] easily until the end of my life,” he reflects. “There is plenty of material. But most important of all it becomes more and more a pleasure.” Which you can hear and sense from the first beat of the percussion until the last piano chord. [re:jazz] always is a good thing and an even better feeling.

Stanley Ipkuss joins the show to discuss his latest release "Among Other Things."