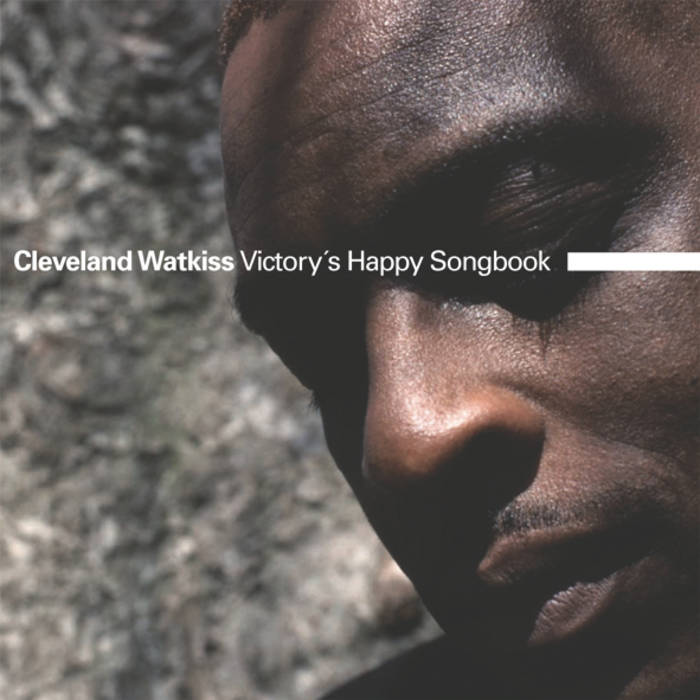 Born in Hackney, East London to Jamaican parents, Cleveland Watkiss is one of nine children. His musical instincts kicked in fast: even as a baby, Cleveland would clap and play along to music on the radio. This love for music was quickly nurtured by his father - a carpenter, DJ and frequent attendee at Ronnie Scotts - who also played a range of music at home: ska sky, blues, beat, reggae, jazz, blues and calypso.

As a young teenager, a friend dared Cleveland to enter a talent competition. Unsurprisingly, he sang on the instrumental B-Side of a record and won first prize. He left school at 16 and studied engineering, music and drama. But a talent of such scope doesn't go unnoticed: Cleveland became a central cog in the wheel of Lovers Rock which exploded during the late 70`s. Soon enough, he was working with the likes of Carroll Thomson and Jamaican legendary vocalist, Sugar Minott.

A true performer in all senses, Cleveland also took a keen interest in acting and took a leading role in the European production of the musical
"Hair". But acting couldn't complete with his love for music so he began refining his talents and studying the voice, guitar, piano and composition.

In 1995, alongside Courtney Pine, Cleveland was one of the co-founders of
the vastly influential Jazz Warriors big band. His vocals can be heard on the warriors debut album, "Out of many people" which won a video award in
Japan. Cleveland was then nominated for the Wire/Guardian Jazz Awards and was voted best vocalist for three consecutive years. John Fordham, Guardian music journalist accurately describes Cleveland as "arriving on the scene with a bang".

Not withstanding his love for jazz, Cleveland also worked extensively with members of the outstanding UK based gospel outfit, the London Community Gospel Choir (LCGC). During his time performing with them, they recorded a track, "Free" which can be heard on Stevie Wonders album, "Characters". LCGC also performed live at Wembley with Stevie`s Wonder love band.

Soon after, Cleveland featured on Pete Townshend`s (The Who) concept album, "The Iron Man". Cleveland then joined Townshend and the rest of the Who in 1989 for their 25th Anniversary tour of the U.S.A. Again, this year he performed alongside Townshend in his "Life House Project" at Sadler’s Wells.

Having engaged Cleveland for two concerts at London's South Bank Centre, music promoter Biyi Adepegbe wrote, "Cleveland's writing abilities bear testimony to the widely held belief that "a singer must be a poet". This, coupled with his exploration and knowledge of modern technology, makes for a dynamic and innovative approach which will make the kind of in-roads that is often needed in the music world."

Some time after the release of two critically acclaimed albums for Polydor Records, "Green Chimneys" and "Blessing in Disguise", Cleveland began to explore modern technology. He formed the drumlin bass trio, "Project 23" with American drummer extraordinary, Marque Gilmore and UK garage pioneer, DJ Le Rouge. Their album, "23" was released on the Dorado label to critical acclaim. Shortly after this collaboration Cleveland was invited by Goldie of Metal Headz fame, to record vocals on the ballad, "Adrift" from the groundbreaking album, "Timeless" (CD version only). Cleveland then spent 2 years as the original resident vocalist/MC at the world famous Blue Note Club. Around this time, he began his long time collaboration with his friend, Talvin Singh -multi-percussionist extraordinary- from Indian and mercury Prize winner who is also featured on Cleveland's latest release...

...after almost a decade, this is the most personal musical vision of
Cleveland Watkiss, concentrating on spirituality and the essence of soul.

With his richly varied background, the performer Cleveland Watkiss sets out to bring together the many facets of the artist Cleveland Watkiss. Cleveland himself claims: "I am a Christian by faith”, which is clearly manifested in his lyrics. Musically speaking Victory´s Happy Songbook takes up where his last solo album "Blessing in Disguise" left off: a fusion of reggae, afro, contemporary jazz and urban soul, coloured by his experience from his work as a drum & bass MC with musicians such as Goldie. This becomes particularly clear when you listen to the Cuban salsa number "Torch of freedom", for example, which already has a drum and bass tempo on the maxi release in the remix of Brazilian drum & bass DJ Patife. "Very serious", on the other hand, can easily be seen as reminiscent of Stevie Wonder’s "In the Key of Life" phase. From "Waiting for you" to "So near" the rhythms then vary from afrobeat to reggae. "Open Eyes", the dubby final number of the album, is particularly striking due to the excellent tabla playing of Talvin Singh, who also worked on "Blessing in Disguise”, as did Brandford Marsalis. In addition to the vocals, Cleveland was also responsible for the programming on this album.

Anyone expecting a coffee-house jazz album will be disappointed. Cleveland has too many facets and is too interested in new trends to be stylistically confined in this way. This is also reflected in his collaborations with young artists from the field of electronic music such as Kabuki (Precision), Outside (Dorado) or even Gebl (UCMG).