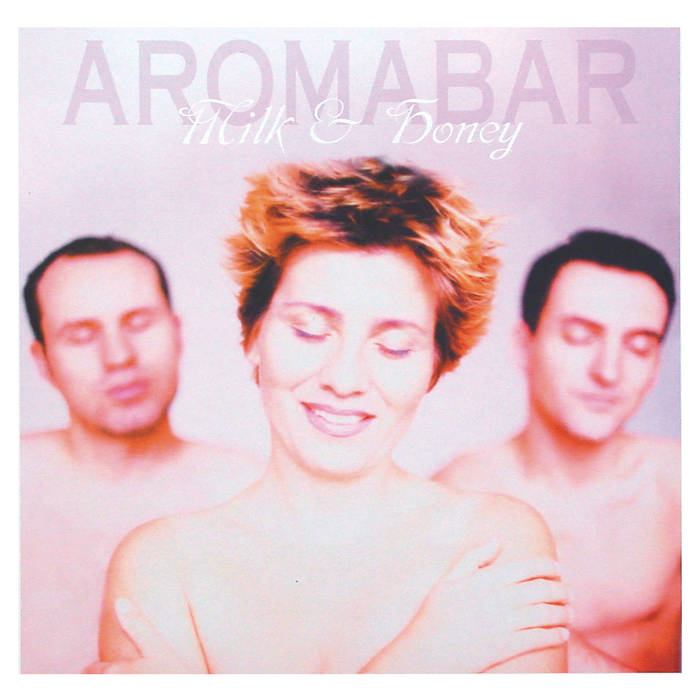 "This time we wanted to beyond the contemporary electronic scene and reach people who don’t necessarily go to clubs,” says Roland Hackl, describing the newly defined philosophy of Aromabar. "The elitist attitude of narrowly defined categories is only of short-term interest to us.” The trio from Vienna, consisting of Hackl, Karin Steger and Andreas Kinzl alias DJ Scott, thus leaves the club sound niche behind it with "Milk & Honey". "Even after our debut album we felt we had more to offer and that our stylistic range was broader,” remembers Hackl, "and even that record was categorised in many different ways."

With their new approach, the composers Hackl/Steger have intensified their constant search for the most beautiful melodies in the world, aiming for the kind of pop appeal that has been around since the Beatles. While their debut "1!” two years ago was the result of a transition phase from a purely instrumental project to a real band, the collaborative development of classic songs now has a sound basis. "As the years have progressed, our collaboration has become more closely interwoven, and we complement each other almost perfectly in songwriting,” says Karin Steger. "This orientation towards real songs with verses and choruses will almost certainly be of increasing importance to us in the future.”

The very first piece showed clearly that the new preference of Aromabar is soul, coupled with catchy offbeats and striking instrumental passages. The album opener "All That Lives May Love” reflects a precise concentration of the concept of the three Viennese musicians: a lively, expressive voices with sophisticated studio technology, traditional instrumental skill combined with programming to form organic songs whose atmospheric depth goes way beyond the dancefloor. With consistency but without having to sell their soul, Aromabar finds its way out of the dark spheres of trip-hop into the clarity of charming lightness. Although the bittersweet melancholy so typical of earlier songs has given way to easier moods, "Milk & Honey” is far from approaching an easy listening sound.

A pulsating bass throws snappy slap phrases into the groove, Rhodes piano or keyboards echo the funk sound of Stevie Wonder & co., refined orchestral or chamber-style strings form a smooth background for Karin Steger’s characteristic voice. She breathes, whispers and hovers elegantly, almost ethereally through the appealing harmonies. In the cleverly arranged chorus of "All That Lives May Love" she sings delightfully with herself, one voice as if from a distant utopia, the other direct and intimate as if in one’s own living room.

Sometimes Steger’s lyrics are responsible for the mysterious moods. "I used to make use of old English texts, sometimes even medieval poetry,” the singer says, "but now I am confident enough to rely on my own intuition. Each lyric has directly to do with me, even if I am not singing in the first person. They usually focus on the possibilities and impossibilities of relationships and one’s own limitations which one would like to overcome.”

Guest singer brings classic R&B. His warm, expressive soul voice gives songs such as "Come Back” a sense of depth and charisma. With a bouncy rhythm, acoustic guitar loop and stylistically confident keyboard sounds, this number is a precise balance between modern club sounds (Drum & Bass, UK Garage alias 2 Step) and timeless Motown soul.
The arrangement of "I Promised Myself" is an endearingly tongue-in-cheek homage in which Richards replaces the original Nick Kamen. Aromabar dresses this eighties hit up with obvious artificiality: syncopated computer beats, edited strings and vocal fragments, as well as a kind of Bolero quotation in the finale reveal the humour of the Viennese group.

Beyond this cover version, there are other almost subconscious links with the past: "Some music we grew up with has just stayed with us,” explains Roland Hackl laconically. But the trained pianist goes into the studio with Karin Steger – a trained sound engineer – with very clear ideas. "Our foremost aim is always to preserve magical moments from the sessions through to the finished product and not to destroy them in weeks of fiddling."

Nonetheless, the finely nuanced production does reveal a playful love of detail. Four months passed from the initial composition to the master tapes – which demonstrates the concentrated approach of the trio. "We made three versions of every song, just to hear how it could sound,” says Hackl, "and we took a lot of time to make our final choice.” He adds with a grin: "So that no one is tempted to push the skip button.”

Andreas Kinzl now has a particular role to play: in a sense he is the producer who puts the songs in a broader context and sets the framework within which the band moves. He has thus been less active as a co-writer recently. "We Use Basic Material" is a jointly written number which is fairly directly aimed at the dancefloor with its offensive drum & bass line and spoken text fragments.

Other titles create an individualist bridge between club and home listening pleasure. In the sparsely arranged "Cupid & Orlando", madly hopping beats and vocals seem to dance merrily around each other, "2 Perfect Loves" draws on a Brazilian- Caribbean swing, supplemented with Jamaican Ska brass and bongo patterns.

"Basically the album really takes the bull by the horns", says Roland Hackl, "we have kept our own style and signature and if anything allowed some kitsch to put our "message” across. After all, it is just few phrases to dance or chill to. Who wouldn’t be in favour of something more reflective or dreamy in between?"