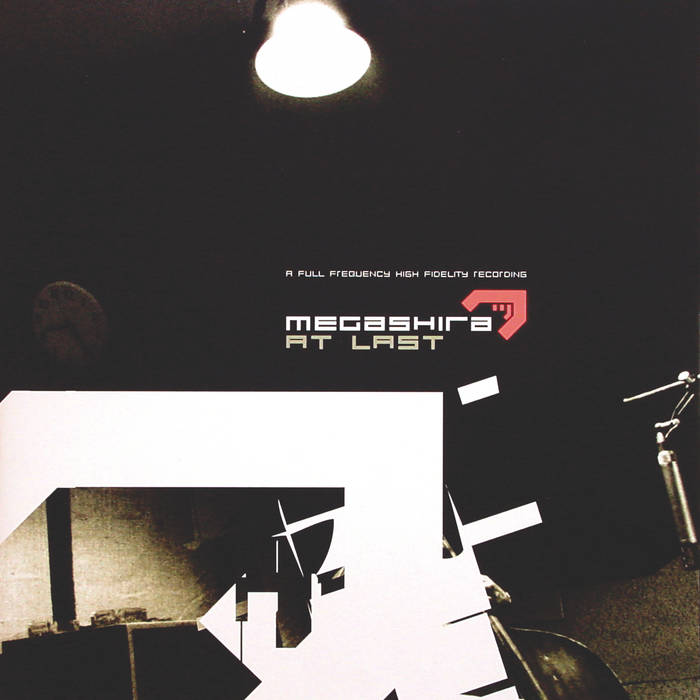 It is well known that all good things come to those who wait. But if you were one of those music fans who have been waiting for the follow up to the excellent debut album "Zero Hour" by the group Megashira, then you will have had plenty of practice in patience. Even though things never drifted into complete silence in the last four years - the crew from Hanau in Germany raised the flag occasionally with the occasional remix, either at home (Karma "48 hours of Le Mans") or further afield (Sabrina Setlur "Nur mir") – the wait since the visionary "Zero Hour" LP has been a long one.

And it isn’t really so easy to appreciate why it has been like that. When Megashira brought out the first German Drum’n’Bass album of all back in 1997, it positively rained down with plaudits and respect. In the competition against the English D’n’B heroes, who were busy losing themselves in their own pose-filled smugness, the project from Hanau continued to win on musical points. The international music press looked more exactingly at the output of the German drum’n’bass community and found Megashira the strongest representatives. They played live at the Tribal Gathering (in 1997 this was seen as the equivalent to receiving a knighthood) and toured through Europe with an entourage of seven instruments and musicians.

But despite all this success, some questions remained open in the minds of Kabuki and Mainframe, known in the other world as Jan Henning and Frank Marheineke, above all regarding the live implementation of their thoroughly musical drum’n’bass arrangements. The tour went into the annals as altogether rather unsatisfactory, viewed against the scale of their highly ambitious standards. This chapter in their story earned a certain amount of thinking time in the minds of Kabuki and Mainframe, despite the highly positive feedback they have received.

This thinking time developed into a process of maturity going over several years. Only three years, two Makai albums and one MK II LP later (Makai is the club project from Kabuki and Mainframe on their own Precision label, and the downbeat MK II album was produced by Kabuki together with Roey Marquis II from Frankfurt) did the two heads within Megashira consider themselves to have enough energy to kick start the idea of Megashira back into action. A new vision was born out of the experiences of the past. And the Megashira is, right according to plan, continuing from exactly the point where they left off after their debut – at the interface between live instrumentalisation and computer arranged programming.

The path that Kabuki and Mainframe chose for the production of the At Last album is unique. What Carl Craig hinted at on his Programmed album Megashira have taken hold of and developed to its logical conclusion. All ten pieces were recorded live in the studio with musicians – not one sound file is of an artificial origin. However hardly any of the musicians actually got to see any of the others face to face. Every instrument – drums, keys, guitar, bass and vibraphone – were recorded onto tape separately. All the components were drawn together later using a computer.

For over 11 months, Megashira worked painstakingly on the completion of the album. The band had by now reformed as an international musical formation and had long since taken their place in the order of Global Players in the electronic music scene, with recordings on Reinforced or No-U-Turn. During a stay in Tokyo, (Kabuki lives and works for a large part of the year in Japan, developing game scores for Sony Playstation), Kabuki and Mainframe get to know the fantastic keyboard player and all-round musical genius from New Zealand, Mark de Clive-Lowe. Only a few weeks later, de Clive-Lowe (known above all from his work with Phil Asher, Joe Claussell and Lemon D) is working in close cooperation with Megashira on the production of At Last, developing musical outlines for the ten pieces on the album. In order to find the best practicians for the instruments, Megashira search out their ideal musicians from all corners of the globe. Each musician was only sent his own notes and a brief blueprint of his part in preparation.

A studio which provided the right kind of atmosphere for tying the loose ends of the instrumentation together presented itself in London. Equipped with original 60s gear which once belonged to the BBC, and with the same mixer that The Who used for their recordings (let’s not forget the 6 x 2 metre echo chamber and the spring echo located with millimetre precision under the staircase of the building which had been constructed according to British measurement units), it was impossible to imagine a more appropriate environment in which to record a live album. And in view of the precisely planned recording schedule, the studio was to become more than just a recording location for the Megashira crew during the seven day schedule. The British customs authority were the source of unexpected problems in the course of the recording, who saw fit to send the percussionist, who had travelled all the way from New Zealand on a twenty hour flight, right back where he came from – on another twenty hour flight – because he didn’t have a work permit.

The central job awaiting Kabuki and Mainframe was then the evaluation and further processing of the recorded material. Because it didn’t matter how precisely the recordings had been timed, the idea of the jigsaw-style building up of the tracks was developing into a challenge with no end. The original idea of fusing all the recorded tracks into a complete recording was looking like the story of Sisyphus rolling his rock uphill. But piece for piece and with a great love of detail, they made their way through the chord structure, through the individual notes and finally to 1/192 components. Note for note, Kabuki and Mainframe fastidiously dismantled the original sounds of the live instruments, only to reassemble them with the computer.

The result is At Last, an album whose musical expression most definitely belongs in the realm of jazz. The awe in which Megashira holds the greatest musical genre of all can be felt in every beat and in every note.

This is music which orientates itself on jazz, on the way in which structures, rhythmic patters and melodies build up and complement themselves. At Last takes hold of the theoretical starting point of jazz and interprets it in a d’n’b context. Instead of trying to create a sound cliché which is reduced a million times to its most superficial elements, At Last contains new contextualised jazz, for those people who would the least of all associate a saxophone loop with this music.