A Primitive Guide To "Being There" 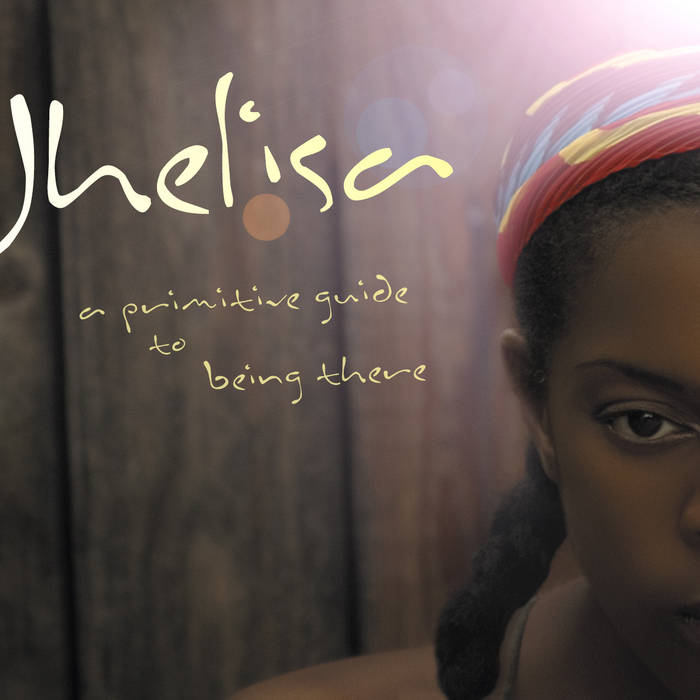 Don Armadillo wonderfully eclectic album with brilliant instrumentation. jhelisa's voice is a force of nature! Favorite track: Far I Have Come Far I Must Go.

A primitive Guide to „Being There“

In 2004 internationally acclaimed artist Jhelisa discovered New Orleans as the perfect place to produce her third solo album. The city's rich musical culture has played a major part in the concept of the initially tited album "Discovery of Amazing", referring to New Orleans. Having always worked with local musicians no matter where she lived, Jhelisa soon hooked up with the drummer from New Orleans "Dirty Dozen Brass Band", and other very accomplished musicians steeped in New Orleans tradition to play on the album.

Jhelisa performed at the world famous "New Orleans Jazz and Heritage Festival" and very successfully at the "Essence Festival" alongside Talib Kweli; she also recorded with the renowned One Giant Leap project.

Jhelisa just wanted to leave for her final studio session when the hurricane warning for Katrina and also the order for evacuation came in. Early sunday morning 28 August Jhelisa left with a few of her personal belongings on a 10 hours stop and go trip for Atlanta, just in time before hurricane Katrina hit New Orleans. Her house as well as the recording studio were severely damaged and the release of the album had to be postponed.

Due to the experience with hurricane Katrina Jhelisa changed the album title into A primitive Guide to „Being There“. She completed her recordings in Atlanta, where she now lives, adding the new tracks "Journey of Live in 9 Minutes" and the South-African flavoured „Far i Have Come, Far I Must Go“, but also "Survivin' (In the Key of Eflat)" which reflects her Katrina experience. Jhelisa wrote her personal song descriptions which are also added.

In comparison to its highly acclaimed predecessors, her third solo album is fuelled with a vintage flavour which adds a more organic touch to her "harmonic designs" - an expression Jhelisa uses to describe her music.

Renowned for her slowly flowing tunes, Jhelisa now occasionally pushes the BPM up to 130, adding contrast to her new album as songs alternate between the fluidity of "Culture of Silence" and "Love is a State of Mind" to the highly energetic rhythm and beats of "Walking on Air" and "Freedom´s Land" - an interpretation of an old traditional gospel tune in her own way. Her travel experiences are reflected in the song "Flute Band in Gauteng". (Gauteng is the native word for Johannesburg, in South Africa.)

Contrasting her darkly brilliant second album "Language Electric", Jhelisa absorbs the multi-ethnic richness of New Orleans musical culture. The sub-tropical climate of the Mississippi Delta adds character and warmth that pulls back the groove and deepens the groove - a style, Billy Holiday cultivated with perfection.

The New Orleans flavour enhances Jhelisa´s distinctive style and breathtaking vocal arrangements. The „New Orleans tracks“ are amongst the last recordings that have been made in the jazz capital presumingly for a long time.

As well as her unique harmonic designs, her uncompromising lyrics also demonstrate her creative freedom. When she addresses difficult subjects like "Prophet for Profit" religion in the USA, her frank speaking up puts her alongside in a row with conscious musicians like Common or Talib Kweli. The quality of her lyric writing keeps her flying high above the R&B mainstream.

Until she left New Orleans, Jhelisa has had great success with her weekly Nina Simone cover night at the Hookah Club - showcasing another aspect of her broad musical background. Regarding her long stay as an American ex-pat in Europe: her intensive European experience has given her music a distinctive and inimitable character - something which is perfectly realised on A Primitive Guide to „Being There“.

The (original CD ) album (not this download!) is released together with the exclusive DVD documentary "One week with Jhelisa - Rediscovering America".

Song descriptions by Jhelisa Anderson
A Primitive Guide to „Being there“

The Title
I certainly look at our humanity as primitive, I look at my developing ways as "primitive", but hopefully, I am growing into advancement in my struggle to "BE THERE", to arrive at an ultimate strength of faith and hope and unpenetrable endurance of spirit.

From my perspective, "a primitive guide to being there" is to me like a global gumbo, ready for consumption, in all of its varying degrees.

Freedom's Land
opens with native son of New Orleans Kendrick Marshall, Channeling a slice of classic New Orleans Piano rippin tradition, to help me get home on freedom's land, along with drummer Terence Higgins (Dirty Dozen Brass Band) driving the traditional foot stompin rhythms that I heard growing up in the African American church music culture. This is one of my efforts to remember what it was like growing up in that environment, a part of my quest in returning to America after 10 years of change. Honoring the traditional civil rights movement anthem "Ain't Gonna Let Nobody Turn Me Around." You will find your body shaking from the first 8 bars.

Flute Band In Gauteng,
One of my favorites on the album, because it is the most out of the ordinary style for me, lyrics and music. a remnant from my first trip to Africa, on our first night out, we went to an area called Melville in Johannesburg (which is what the natives call Gauteng). Local musicians from Soweto were playing in a small smokey bar, in an area of Johannesburg, that 15 years ago, they would not have been allowed to play in that area because of the color of their skin. Four flute players, "telling the stories of many rains" through their melodies, as they played in four part harmony. This listening experience made a great impression on me, there was something mystical about their harmonies, that said so much through their collective harmonic designs. Hence, Flute Band In Gauteng, a story of experiencing a sonic language that awakened me. With the contributions from UK musician Phil Hudson on guitar, Julian Crampton on Bass, and Gorillaz drum programmer Remy Kabaka adding the rhythmic texture, made this track difficult to categorize. As a bonus inspiration Chaka Khan said she is doing a cover of it, which is definitely better than a poke in the eye. This song is one of the treasures I brought back from Africa as my evidence of that night.

Culture Of Silence,
My ache, my frustrations with the system, the broken system in america that seems to be my bizarre mysterious training ground. I seemed to have inherited, by a freak of nature, this young country called America, with a violent and hypocritical past, that is shrouded by a constitution that struggles to be realized, a constitution that has been corrupted from the very beginning. As a result of the contradictions in this constitution, and the mass delusion and conflicting actions that this has produced in American Culture, most Americans are silent as we are now and have been, repeatedly abused and manipulated. This silence fascinates me. Paralyzed, as we self destruct. Many civilizations have surrendered their will without much opposition, but others have made great change with loud voices united. It angers me, it frightens me, it most of all puzzles me, I do not understand the nature of injustice, and how it can dominate, when there is always only a few in control of the many. A culture of silence, perhaps this is the process of a dying star.

Journey Of Life,
An experiment in form, a happy accident, actually playing music with my Russian descending guitarist, Sagat Guirey, who was willing to jump with me, as I was trying to arrange this ambitious monster. I think he thought I was a bit crazy at the time we recorded it, but I think he likes it now. On percussion Pandjit Danish's powerful percussion playing with a myriad of exotic percussion instruments set it off, and away we went. A crystallization of chaos and order at once, trying to represent some of the sudden changes and turns in my life, at moments of the extreme, I fondly think of Frank Zappa.

Love Is A State Of Mind,
what a welcome relief, a nice slice of easy esoteric soul music, with lyrics trying to express the comfort of immortal love, albeit swimming in the flexibility of ambiguity. „Love Is A State Of Mind“ was written with an effort to come to terms with distance, the distance of death, as well as the distance that threatens to keep you separated from love. It feels good to sing the refrain that love is a state of mind, when it seems every year I have to make that transition, from being able to touch someone and be around their physical presence, to suddenly not having this physical access, or you don't see them as much anymore, or at all, the song struggles to understand that somehow they are always with you.

Walking On Air
was such a different departure for me melodically, it was so simple I was afraid of it, of course I had to try to corrupt it the best way I could, put two moods together that are not supposed to go, I had to put suspense in happiness. Plopped in the middle is the darker verse, the hesitant seductress contradicting the good and pure mood of love from the chorus, I felt new about love again and it felt so so good. when I wrote this song. I was suspicious of this much happiness, but I explored it anyway. Thanking another New Orleans native son Terence Higgins on the African Latin New Orleans rhythms, and New Orleans based James Singleton on acoustic bass. Our work was cut short by Katrina, but we managed to make this song try to live, against the odds.

Survivin' (In The Key Of Eflat)
the post Katrina track, that started out quite different in New Orleans, but when I got displaced to Atlanta it changed drastically. One of the last tracks to be recorded, with help of Atlanta crew Michael Simanga, Bert Elliot recording engineer, Jackie Pickett on acoustic bass and Kenito on percussion and drums, we all jumped, I took it to Jai, so we could mix it, and we put it all together and this is what came out. My freedom to explore.
This is „A Primitve guide to Being there“.