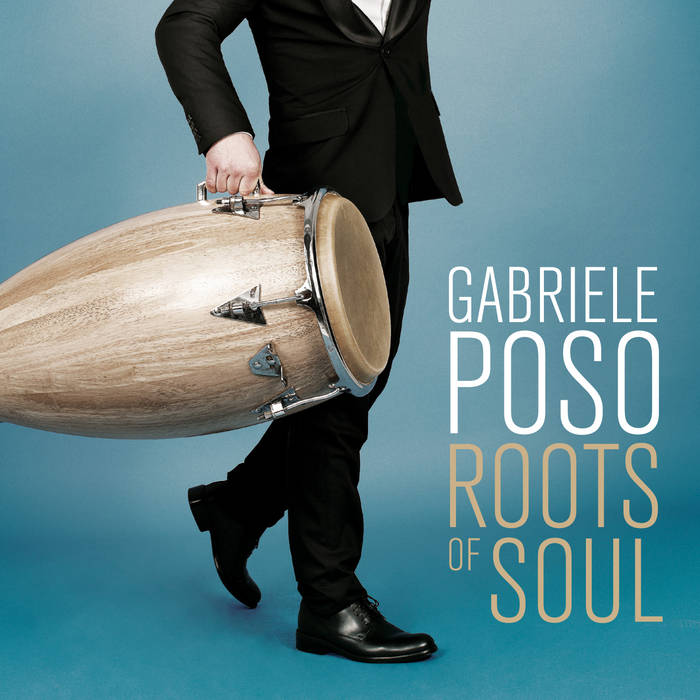 Italian multi instrumentalist and composer Gabriele Poso has completed his awaited second solo full-length ROOTS OF SOUL, released on INFRACom! The album boasts the participation of international guest artists such as Osunlade (Yoruba Rec. / USA) with whom Gabriele has been collaborating and friends for 12 years now, Nailah Porter (VERVE / USA) and Tanya Michelle (TMSOULMUSIC / Canada). “Roots Of Soul“ is a melting pot of Gabriele’s musical influences ranging from the passionate percussions of Africa with its warmth and vitality, to animated and infectious Latin beats, and jazz melodies that turn into a rhythmic language aiming straight for your soul. From feel-good, uplifting opening track “Sunshine”, to the hypnotic Latin-tinged jazz-dance cover of “You Don’t Love Me” up to the mellow, soul-infused “A Night With You”, Gabriele takes you on a musical journey that perfectly blends melodies and rhythm, weaving them together into a varied but cohesive selection of sounds.

"Roots of Soul" was recorded by bringing together all these elements and textures while at the same time maintaining the energy and synergies that only a live performance can give. Horns, guitars, piano, drums and percussion become one, leaving the voice with the task of transporting the listener to an inner world, in which to explore the roots of the soul.

“Roots Of Soul“ is entirely composed and arranged by Poso, except for the covers of the latin jazz standard “Tin Tin Deo”, “Afro Blue” and the reggae classic “You Don´t Love Me (No, No, No,)”.

Gabriele Poso was born in Sardinia, in the heart of the Mediterranean sea, on the 22nd of October 1978, but he grew up in Lecce, in Southern Italy. Ever since he was a child Gabriele established a deep relationship with music, developing a particular attraction for his father’s best jazz, soul, and afro-latin records. As time went by, Gabriele studied a great variety of musical instruments, in particular the guitar, with which he created some of his best early compositions before discovering the charming world of percussion, that definitively captured his soul, becoming his primary passion.

In 1998 he began studying afro-cuban rhythms under the guidance of the most important representative of afro-cuban culture and percussion in Italy; Roberto “Mamey” Evangelista, at “Timba” Institute in Rome. Afterwards, Gabriele took an in-depth musical immersion at the “Escuela National De Arte of Havana Cuba” and in the “Universitad Interamericana De Puerto Rico” of S.Juan, Puerto Rico.

Following these important musical studies, Gabriele began playing in Europe and in the world together with famous artist such as Osunlade (live band) (Yoruba Records) and Nicola Conte (Blue Note), just to name a few. In 2008 he released his first solo album titled "From The Genuine World" produced by American label Yoruba Records and distributed worldwide. Gabriele continues to play throughout Europe and the world, at events such as the Mod Club Theatre Toronto for The Canada Day Celebration, the MTV World Festival in Istanbul, the One Day Off Festival in Belgium, and nights in clubs like the Jazz Cafe, Neighbarhood, Cargo London, Paris Club Djoon.