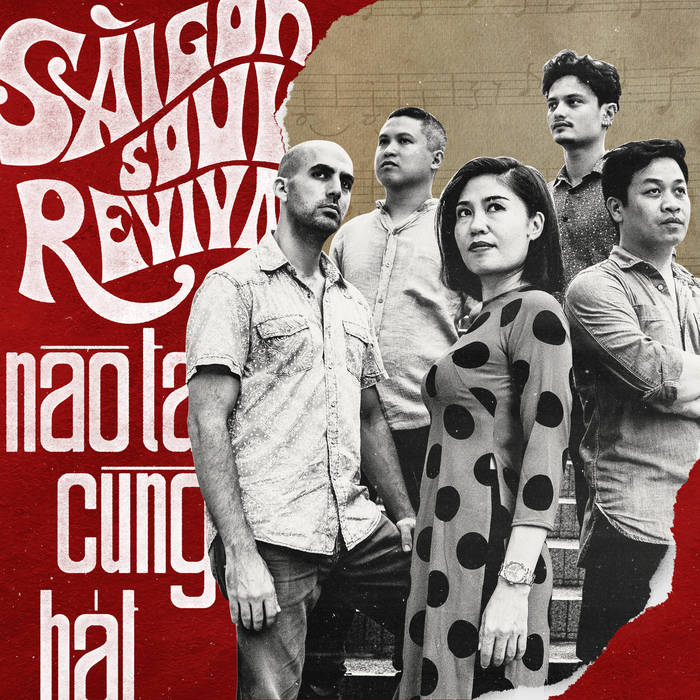 Joel Davis Is The Vibrarian

Nào Ta Cùng Hát stands out as a one of a kind fusion of Vietnamese soul and reggae to form a distinctly unique sound that revolves around a hypnotic riff played on the traditional Vietnamese Đàn Nguyệt instrument.

Lyrically, the song reflects the opening of Vietnam with its southern metropolis Saigon, a pulsating melting pot that attracts more and more creative people, musicians, artists and travellers from all over the world.
“Nam châu bôn biên hòa ca Cùng chung bài-ca rọn ràng Phuong Tây hòa cùng phuong Đông giao-thoa trong năng Sài-Gòn (“From all the lands and all the seas. From the East and from the West, joining in our tune. Singing under the Saigon sun. )

The French producer and musician Bruno “Patchworks” Hovart (Voilaaa, The Dynamics, Mr. President, Uptown Funk Empire, Metropolitan Jazz Affair) contributed two remixes. His remix, titled “Ashby”, transforms the song with a slo-mo dragged disco beat and adds a guitar riff to a casual block party groover...to then immediately tickle our listening habits a little with his second mix, when he shows the Vietnamese vocals and instruments which blend smoothly in a western soul/jazz context. www.patchworksproductions.com

It gets more electronic with Dan Nguyen aka Demonslayer - The Los Angeles based DJ / producer and visual artist who was the first Vietnamese artist to perform at the legendary Coachella Festival. Dan Nguyen takes a very creative approach on this remix by utilizing subtle elements of the original song to build a minimal modern sound with a contemporary, club-compatible beat driven arrangement. (Dan-Nguyen.com).

Finally, the Nào Ta Cùng Dub. The original already clearly reveals its reference to reggae / dub. Cypriot sound engineer Antreas Kassos (Sub Conscious Dub) and Saigon Soul Revival bassist, Gabriel Kaouros, re-recorded most of the tracks to produce a dub mix inspired by the traditions of Jamaican legends like King Tubby and Scientist. (www.facebook.com/Sub-conscious-dub). This was a 1st time family collaboration for them which took place during the covid quarantine in their home studio in Đà Nẵng.