Kiss Of Kali - The Making Of Video 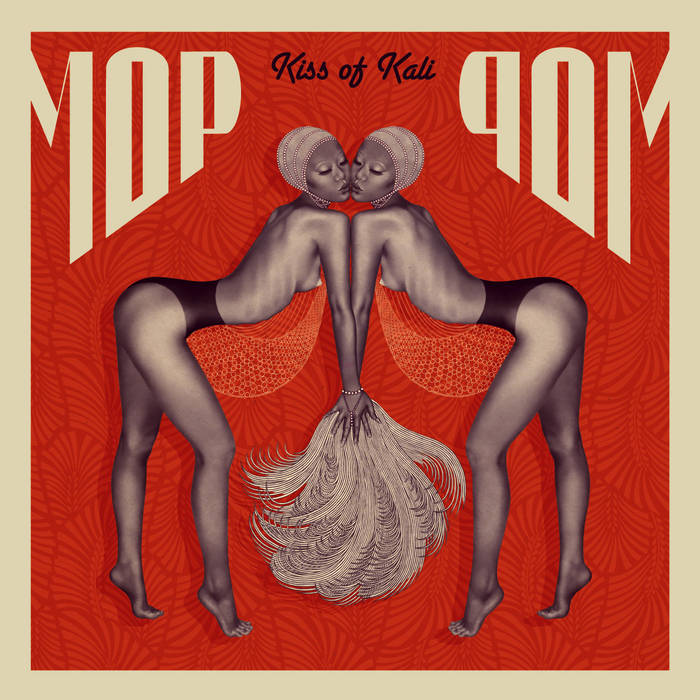 Lute FP This shit is off the hook I don’t do a lot of jazz, but when I do I want it funky and groovy, and this has that in spades.

Avant-garde but never noodly, mostly instrumental with vocals here and there. An electronic backbone that could transport things to the dance floor, but so much organic instrumentation that is so tastefully done I hardly know what to call this. Loving it!

Mop Mop "...a bastard performance of modern jazz based on riffs looped till monotony...", (from Nestor Ortiz Oderigo,Dictionary of Jazz-PBR 1961).

Mop Mop is the brainchild of Andrea Benini, musician, producer, dj who has been active for more than ten years exploring a large variety of musical genres, from club to jazz music., „Kiss of Kali“ is the name of his second album which will be released on INFRACom! in November 2008.

"...Just Imagine a place that doesn't exist where you can have a drink and dance till' dawn. Imagine a small keyboard soft lights a hip place; beyond you a round table where Jelly Roll Morton, Duke Ellington, Martin Denny and Mr. Soul number one James Brown are having a lively conversation. You're right there gettin' high with music, confused by the madness. Just close your eyes for a while and try to imagine the whole thing. I did it and I'm glad I did. The result of the Kiss of Kali..."

These lyrics from the title "The Round Table" pretty much explicate the thinking process when Andrea Benini started to produce "Kiss of Kali." His plan was to mix jazz music with a club flavor as well as incorporate his Italian roots.

He also felt like he needed to expand the traditional Jazz sound found on his first album "The 11th Pill" and create something new. He first began with the pre-production in 2006 and listened to a lot of records consisting of exotic, Afro, Latin and 30's jazz as well as any new productions released during the pre production period.

The musicians he work with are very close friends of him and are mostly featured on his first album as well. Piano player Alex Trebo, and vibes player Pasquale Mirra for example The studio sessions were conducted in three different studios, two in Italy and one in London. For the London sessions, they recorded the vocals for, "Kiss of Kali", and "The Lowered Flag". with a young singer from London, Robina Veda. Mop Mop was attracted to her sensual voice, and knew she was perfect for those two tracks.

All in all there are more than 20 musicians featured on the Kiss of Kali album. A "making of" movie from the studio session to "Kiss of Kali" can be watched at www.infracom.de


Mop Mop's first album "The 11th Pill"(Tam Tam Studio Italy 2005/P-Vine Records Japan 2006)has obteined a lot of recognitions from musical critics and passionates inserting the combo between the most important nujazz artists.

Mop Mop's first single "Perfect Day"( originally a Bobby Cole's track which was featured on "Gilles Peterson Digs America" Ubiquity/Brownswood U.S.A.) was released in 2006 by Deja Vu Records with a remix of the Shema-artist Gerardo Frisina. The single has obteined good international success and recognition through DJ's like Gilles Peterson,Michael Ruetten,Simon Harrison,Dom Servini, just to name a few.

In 2007 “Perfect Day” was selected by Adrian Gibson for “Messin Around 5”,the London Jazz Cafe compilation

Paolo Scotti / Dejavu rec. Italy
A tribute to the psychedelic side of jazz ,varius influences put together from the guys of "The 11th Pill" in an great  mix of funk, jazz, and oriental percussive style, giving it a really groovy "Eastern" sort of vibe!

Martin Iveson / Atjazz (UK)
Absolute Killer... WOW in the box for the heads. Is awesome, very across the board, all tracks are.

Adam Kurzaw / Giant Step Club (NY/USA)
Very interesting use of the sax on "Kiss Of Kali". Reminded me of the band Morphine at times. A nice pastiche of various influences and a sprinkle of Koop in there as well. Thank you for this and I will be looking forward to this.

Alex Attias / Couleur 3 Radio (CH)
Great jazzystik vibe. cool for the floor and the radio play. my kind of jazz not jazz. will support.